Are we looking for the ‘lost Einsteins’ in the wrong places? Research suggests we should be looking at students’ spatial and flexible thinking skills, not math and science scores. 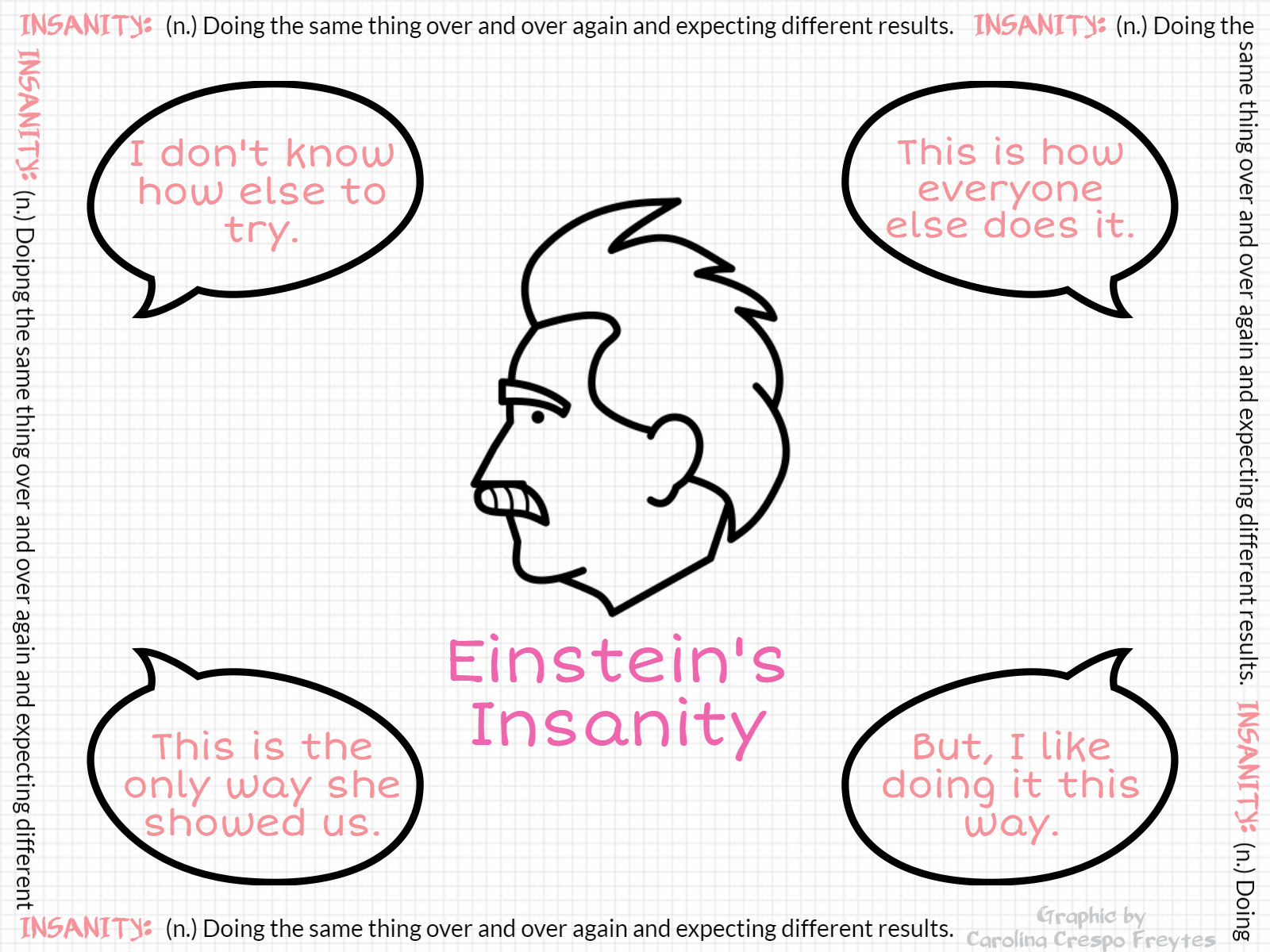 Who are the ‘lost Einsteins’?

Late last year the The Equality of Opportunity Project released a report concluding that the U.S. is losing out on as much as 400% of innovation potential by failing to effectively nurture under-represented minorities, i.e. Blacks, Latinos, and girls. The report states, “there are many ‘lost Einsteins’ – people who would have had high-impact inventions” but never do because they grow up in communities where math and science in general, and innovation specifically, isn’t fostered. Stories in the NY Times and The Atlantic among other outlets fueled the social media discourse about an educational system that continues to discriminate based on zip code, race, and gender. 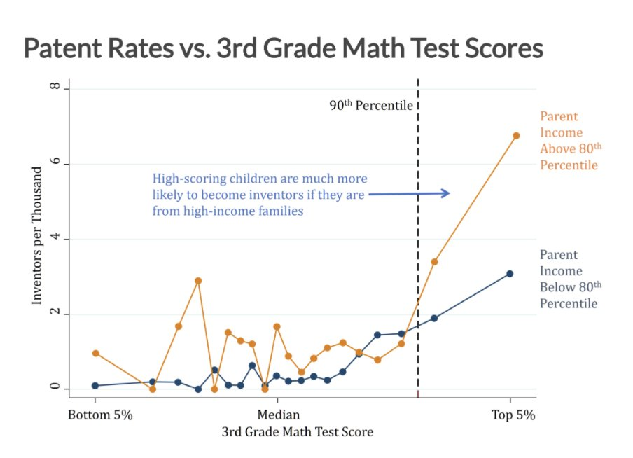 Of course the potential impact goes far beyond just would-be inventors. Malcolm Gladwell, author, speaker and conventional wisdom counter-puncher, explores this concept more fully in his talk on capitalization. But the singular focus on invention in the EOP report is not surprising. We are a nation whose culture and leadership economy depends on innovation. So it is essential that we fuel that innovation engine by finding ‘Lost Einsteins’. But what is it we should be looking for?

Looking for ‘lost Einsteins’ in the wrong places?

Researchers in the Equality of Opportunity study looked at math and science scores in 3rd grade to identify which students had the greatest inventor potential. If achievement scores are the right metric, our nation might be in trouble. Historical data suggests that the U.S. wouldn’t be very good at engaging students living in poverty in these subjects, even if schools knew which students to nurture.

But maybe that’s not what we want to nurture anyway. Research on lifetime achievement does suggest that the best students are likely to be financially successful — but they are unlikely to become inventors, entrepreneurs, and game changers.

The most extensive research on the topic of exceptionalism in math and science, the Study of Mathematically Precocious Youth (SMPY) a 45 year longitudinal research study of gifted students, suggests that math and science skills do matter, but only up to a point. It is spatial ability that is the “X factor.” Researchers go on to describe spatial ability as the “largest known untapped source of human potential” even though it is largely overlooked in school.

Research on creativity also emphasizes the importance of personality factors, with openness to experience consistently identified as most important. So once identified with the innate reasoning and spatial skills to be an ‘Einstein’, schools have the responsibility to make sure these students possess (or develop) the personal skills to use those gifts.

There are enormous implications of using  spatial skills and  flexible thinking over math and science scores to help find those ‘Lost Einsteins’. First, schools need to explicitly identify and develop spatial perception skills, not treat them as incidental skills that pop up in math, science and art classes. Fortunately affordable, online cognitive screeners enable schools to do this accurately and efficiently for ALL students, not just those in affluent districts.

Similarly, flexible thinking, or openness to feedback, can be assessed with the same cognitive screeners as spatial skills. Recognizing and coaching the brightest students who struggle with cognitive inflexibility can eliminate roadblocks for the most otherwise capable potential innovators.

The Equality of Opportunity project highlights the need to identify and nurture the nation’s most capable innovators for the benefit of all society. Combining the most extensive research of gifted STEM (science, technology, engineering and math) students with advances in neuroscience that enable educators to easily and accurately identify those gifted youth, schools have the greatest opportunity to enable students to realize their full potential and that of the nation. And we needn’t stop there. Gladwell’s capitalization theory suggests we have many, many more fields that are missing out on many of their highest potential performers. We only need to identify and nurture their strengths.