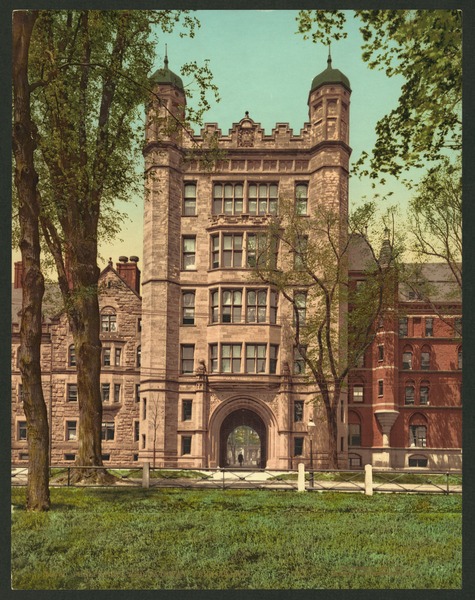 As if your life depends on it…

In 650 words or less, describe a place or environment where you are perfectly content. What do you do or experience there and why is it meaningful?

You are now sitting in the shoes of a high school senior, thank you very much.

These questions are a few of the prompts on the 2014-15 Common Application for college. They are the same ones from last year, the makers of the common app essay say, because feedback was positive.

Still, Brenda Bernstein, a professional resume writer, personal statement coach, and business copywriter behind the Essay Expert, knows that for some students facing the questions, it’s not that simple.

“They don’t all have life coaches standing by,” she told me when I spoke to her on the phone this summer. “They don’t step back and reflect on their lives.”

Sometime between Fall and five days before applications are due, Brenda gets a call for help.

If the student has already written an essay, she takes a look at it and determines the level of help it might need–anything from some minor fixes or an overhaul.  And it’s here when Brenda goes back to the basic creed that good writing requires good thinking.

“By the end of the first conversation they have an outline for a new essay and new thoughts. I have you (the student) tell me what you see as the way the essay is going to go.”

Bernstein says students struggle when they “…know stuff that happened in their lives and they’ve drawn broad conclusions or they have conclusions that they think they should draw.”

Parents divorcing, for example, is a major life event that sometimes deserves a deeper look. “They think they got a lesson from it,” she said. But that lesson is not always the one they initially thought.

Bernstein says she got an early start thinking about college applications. Her father interviewed applicants for Yale as part of the school’s alumni committee. Later, he’d let her read the interview reports.

While at Yale herself, friends applying to graduate schools often asked her to edit their essays. Later, while working as a public interest lawyer in New York, she started posting flyers offering her editing services.

And in a move that would make a pretty good essay itself, she decided she didn’t want to practice law, sought advice from an astrologer, and moved to Madison, Wisconsin where her site offers help not only for students, but also for professionals seeking a better resume or LinkedIn profile.

As you might expect, these essay consultations are not cheap. They range in price from $697 for the common application essay help to $247 for a personal statement review. Still, far less than some bootcamps described in The New York Times that cost $14,000 for 4 days.

Essays, Bernstein says, are 6th on a list of 10 criteria colleges look at for admissions.

“If students can’t write this type of essay without help, should they get into the college?” I asked Bernstein.  She said no one had asked her that before.

“Writing an academic essay is much different from a personal statement,” she explained. “What I find is that as they work (with me) they become much better writers.” Part of what she teaches them, she added, was to look at what about their lives and experiences fit together as a story.

What Bernstein is doing appears to be the counterpoint to the technique explained by Frank Bruni in his June opinion piece in The New York Times, Naked Confessions of the College-Bound: Oversharing in Admissions Essays.

Bruni tells of one Yale applicant’s essay. A highly qualified student wanted to highlight her complete absorption with French and her teacher: “She described their one-on-one conversation at the end of a school day. And then, this detail: During their talk, when an urge to go to the bathroom could no longer be denied, she decided not to interrupt the teacher or exit the room. She simply urinated on herself.”

Bruni cites similar examples, and quotes author Sally Rubenstone, who calls this type of behavior, “…the Jerry Springer-ization of the college admissions essay.”

You don’t have to be an expert to notice the cultural emphasis on the individual these days or the public sharing of the minutia of every day. “Selfie” even made the dictionary this spring.

Coaches like Bernstein, in the best cases, help reign in the conflicting messages our children receive when they mistake the shock-factor for good writing.

But the real work for these essays begins long before the fall of senior year. As parents, we need to give our children moments to reflect on their own lives, and genuine experiences to mull about as individuals without the constant pressure to document every minute of it.

When I taught public speaking, I asked students to give a biographical speech touching on three major aspects of their lives. Many talked about a sport, or a hobby, or a pet. But almost all included this as part of those three defining elements of biography: a family tradition.

The next time you fret about giving your kid every opportunity to fill his or her resume, think about what it takes to be able to reflect on one’s own life. As the Common App Essay Expert asks, “How well did you know yourself at the end of high school?”

Thank you for reading.