What is the NASA Twins Study?

Identical twin astronauts, Mark and Scott Kelly, agreed to be studied for two years. NASA tracked changes to their genes, cognitive skills and physical and mental health to understand the impact of long duration space flight on the human body and brain. Mark stayed on Earth throughout. Scott spent a full year at the International Space Station. NASA monitored their functions before, during, and after Scott’s flight.

What’s Mindprint Got to Do with It?

What Were Key Takeaways?

The body and mind are strikingly resilient. While there were notable differences while Scott was in space, most of Scott’s measures returned to near pre-flight levels within six months of his return. The measures that didn’t return to normal levels were genetic and did not suggest significant near or long-term negative consequences. 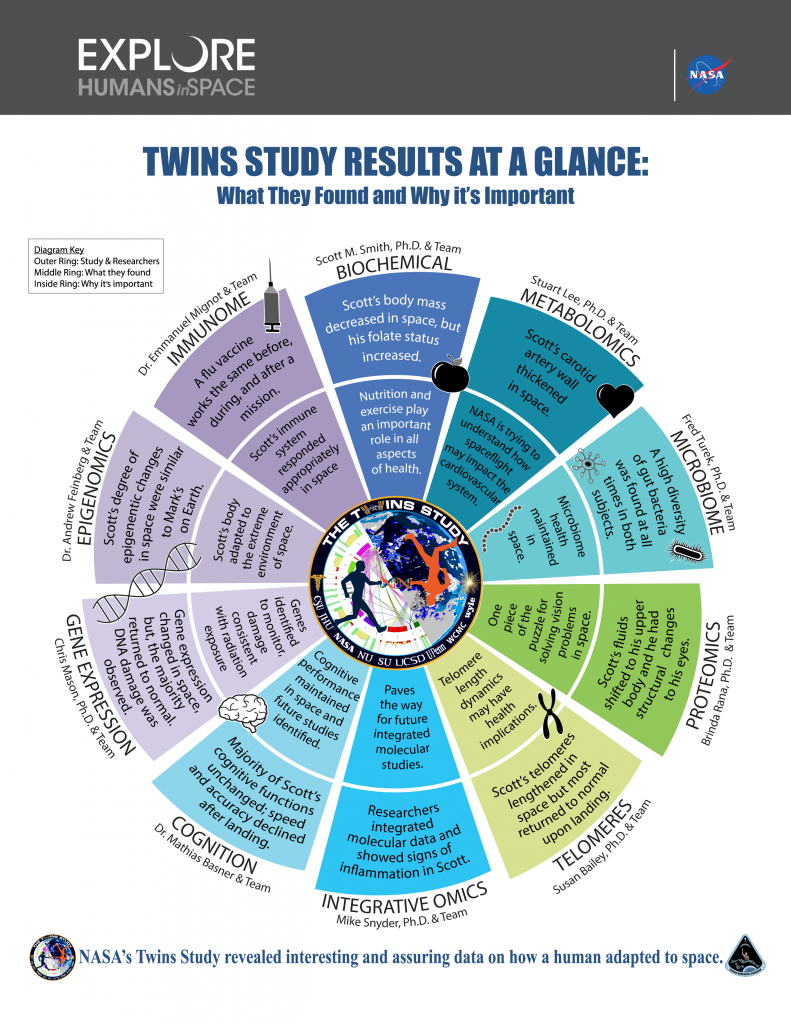 Everyone knew there was a high demand on cognitive functions for performing complex tasks before the study. NASA wanted to understand how the chronic effects of fatigue and stress experienced in space could affect astronauts’ cognitive functions, particularly attention, reasoning, and spatial awareness. They also wanted to understand if the negative effects of chronic stress and fatigue would persist even after the stressors of space travel were removed.

Re-entry proved to have the greatest physiological stress on Scott.  It took 6 months from re-entry for Scott’s cognitive skills to return to their normal levels for accuracy and speed. While it took time for Scott to regain his capability and efficiency, the good news is that all cognitive functions returned to normal.

How Does Mindprint Apply the Results of the NASA Twins Study to Students?

Want to have your students take the same assessment as the astronauts? Click here to learn more.